When you grow up in the country and move to the city, as I did, someone is bound to ask you, whether you intend to move back home. Having lived in Copenhagen for 15 years, the question has lost its relevance, since Copenhagen is my home, which I will never leave. But that word, home. An elastic pulling me from Copenhagen today to Otterup twenty years ago. The longer the elastic stretches, the greater seems the difference between the starting points.

These days it is popular to talk about the differences between country and city life. More accurately, it is popular to talk about the advantages of life in the outskirts of Denmark compared to a life with high costs of living and a low sense of communal spirit in Copenhagen. It is probably the massive urban drift, that has made politicians and experts fertilize the barren fields with sympathetic rhetoric. As a former inhabitant of the Danish outskirts, I regard this politicizing with mixed emotions. Mostly because the outskirts are right there. A two hour drive from Copenhagen. 200 kilometers. Nothing at all.

The other day I came across Lotte Svendsen and Knud Romer discussing that very topic. Knud Romer’s arguments against city elitism and his glorification of pollarded willows and idyllic country life left me perplexed. A few years ago, I read his autobiographical novel, “Den som blinker er bange for døden”, about his upbringing in Nykøbing Falster, a small Danish town. The novel is fraught with episodes, which describe country life as anything but idyllic. Even though my own childhood is otherwise incomparable to his, I understood that the claustrophobia of his childhood was like mine. That some places are so small, there is a lack of air. Despite of all that country space, you have to go to the city to be able to breathe. But here he was on my television screen shouting: Move back, it is lovely in the country. It was untrustworthy and crude. Is not the loveliness of the landscape irrelevant, if you do not feel at home there?

I did not move from Otterup, because the grass is greener in Copenhagen. I moved away from provincial Denmark, because I did not want to live there. I did not choose city life as much as I rejected a life in the country. It is lovely in the country, and I wish I could uproot my childhood home, and move it closer to Copenhagen. A beautiful half-timbered house with thatched roof embraced by a giant ash tree, fruit garden and a view of fields and forest. A Nordic oasis and the best thing was that it was situated three kilometers from town. Because small towns just are not for everybody. To some there is comfort in the fact that you know everybody and that everything is known. To me it is claustrophobic. Maybe that is why I still fight the urge to hide behind the shelves when I visit my parents and go to the local grocery store with my mother. From whom I do not know. The past incarnated in a single person. Myself as fifteen and frightful. In the beginning, the best thing about Copenhagen was the fact that I could hide.

Now there are many reasons why I love Copenhagen. I can breathe here. Then again, something pulls me back. The elastic tightens, and I have to go home – to Funen.

In 1936, Achton Friis published “Danmarks store Øer”, in which he describes the peculiarities of the population in the different regions of the country. This is what he has to say about my home county: “The Plain stretches from the Fiord of Odense to the Ridges by Gyldensteen, and Otterup is the Capitol. I never thought that anything as monotonous as the Landscape surrounding this Town existed in the Country. One field of Corn is replaced by another, and they are only interrupted by Grass and Turnip Fields divided by eternal Lines of Canadian Poplar. You are rarely able to see more than the Lands of three or four Farms. In this agrarian Desert, the Parks of a few stately Homes seem like oases.” 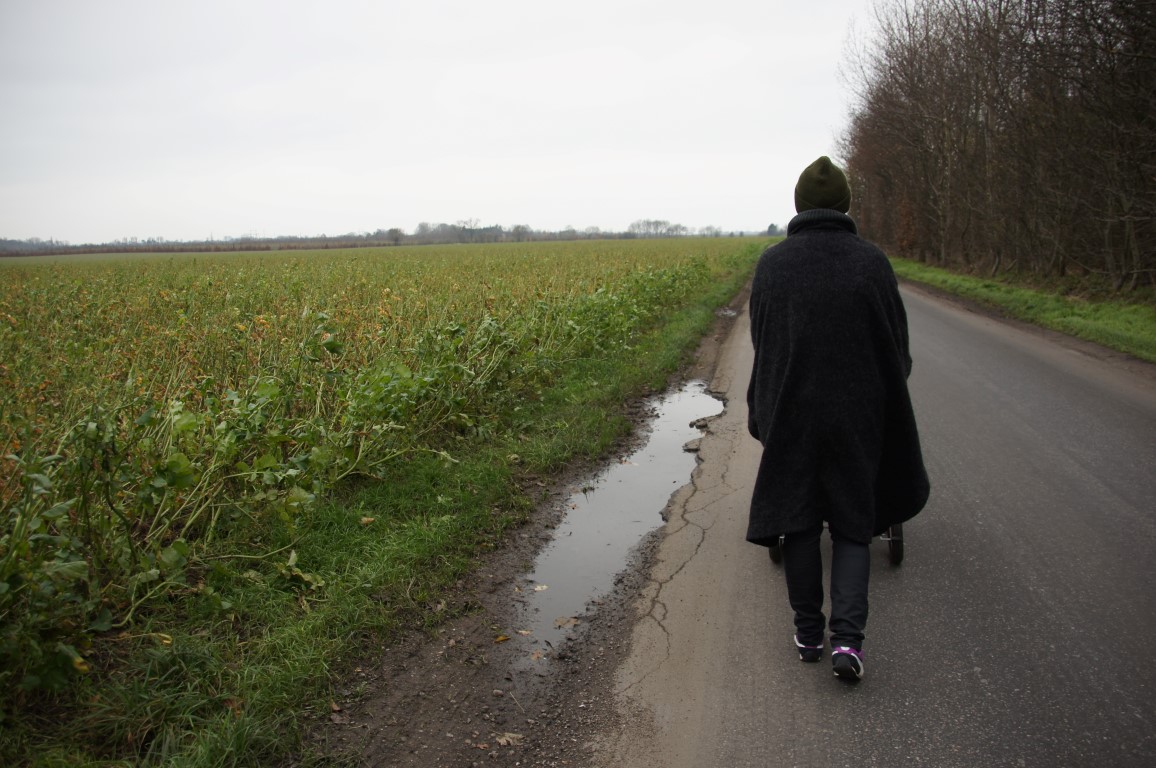 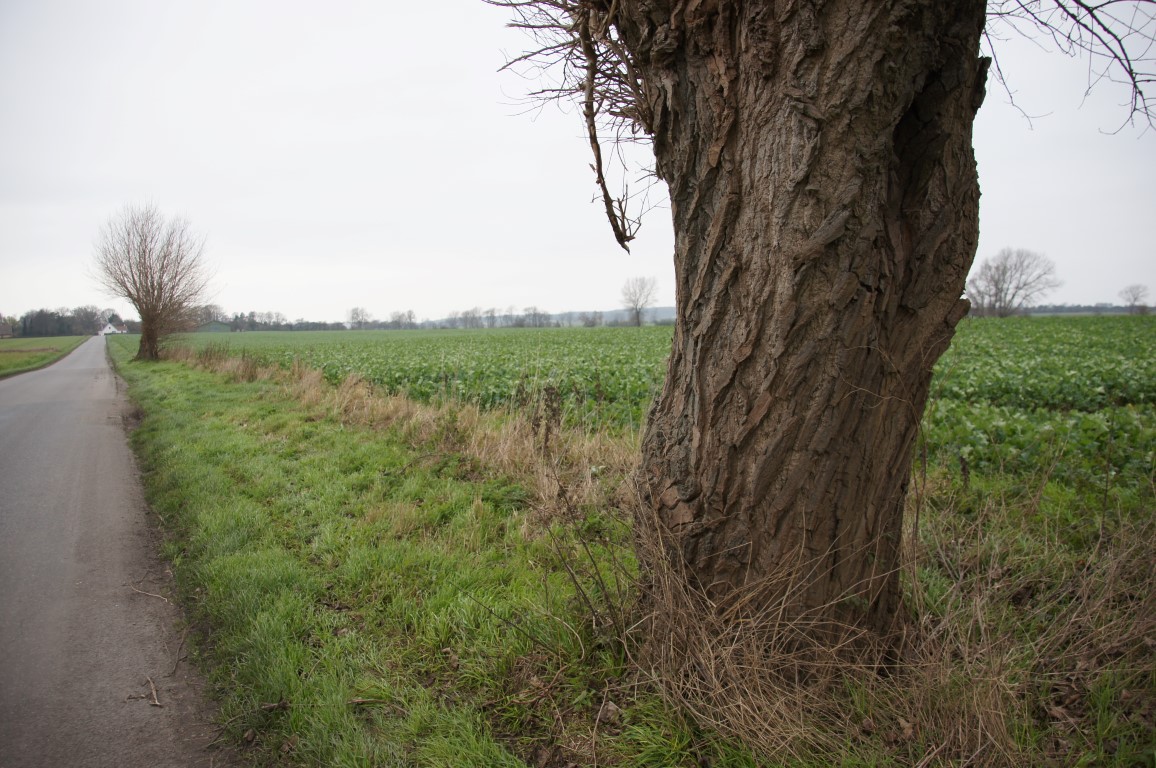 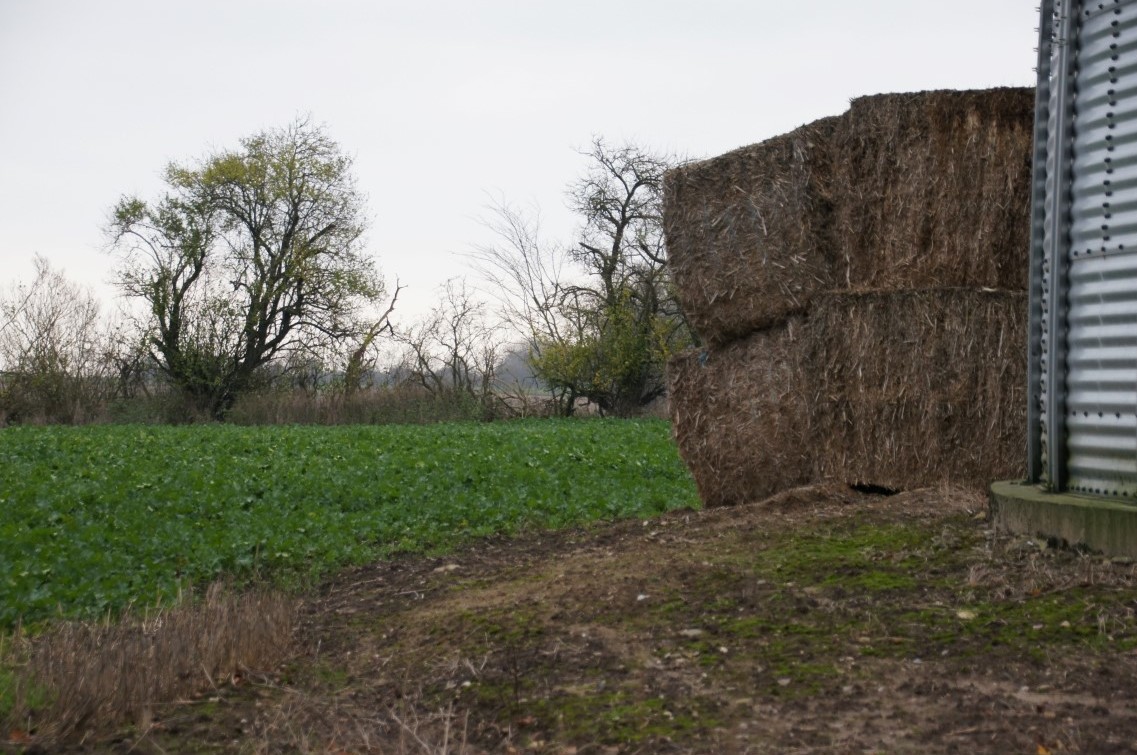 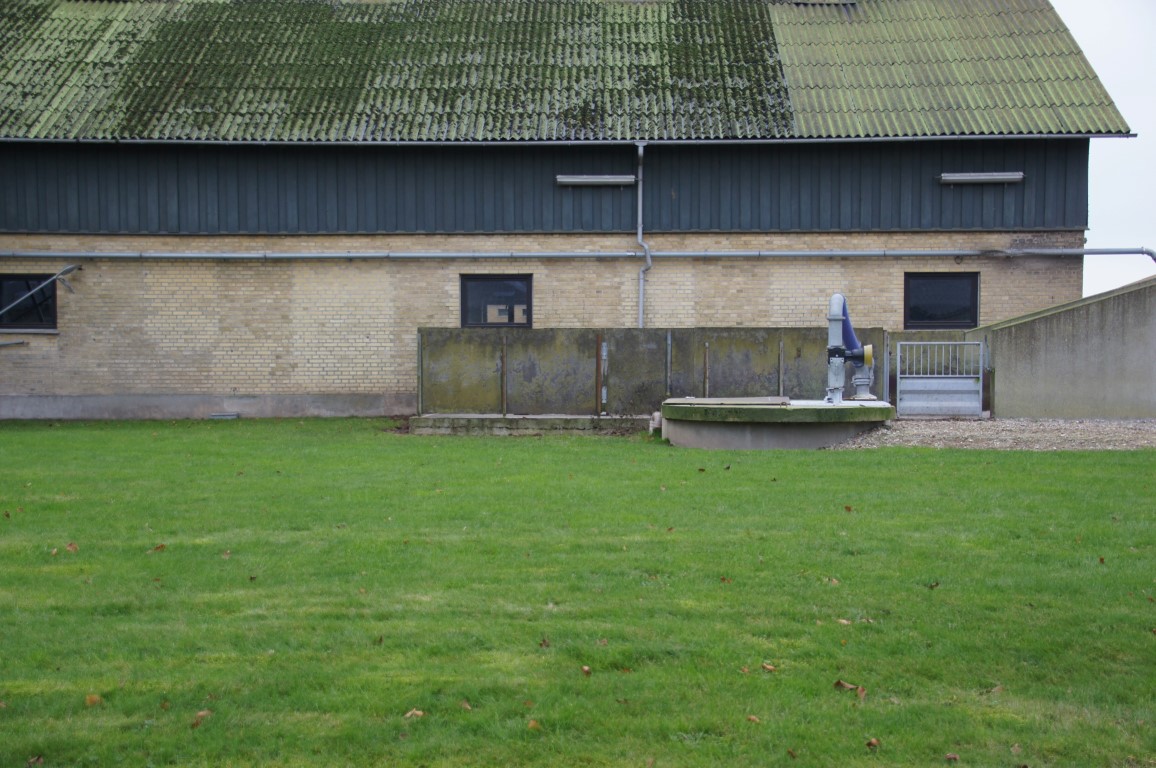 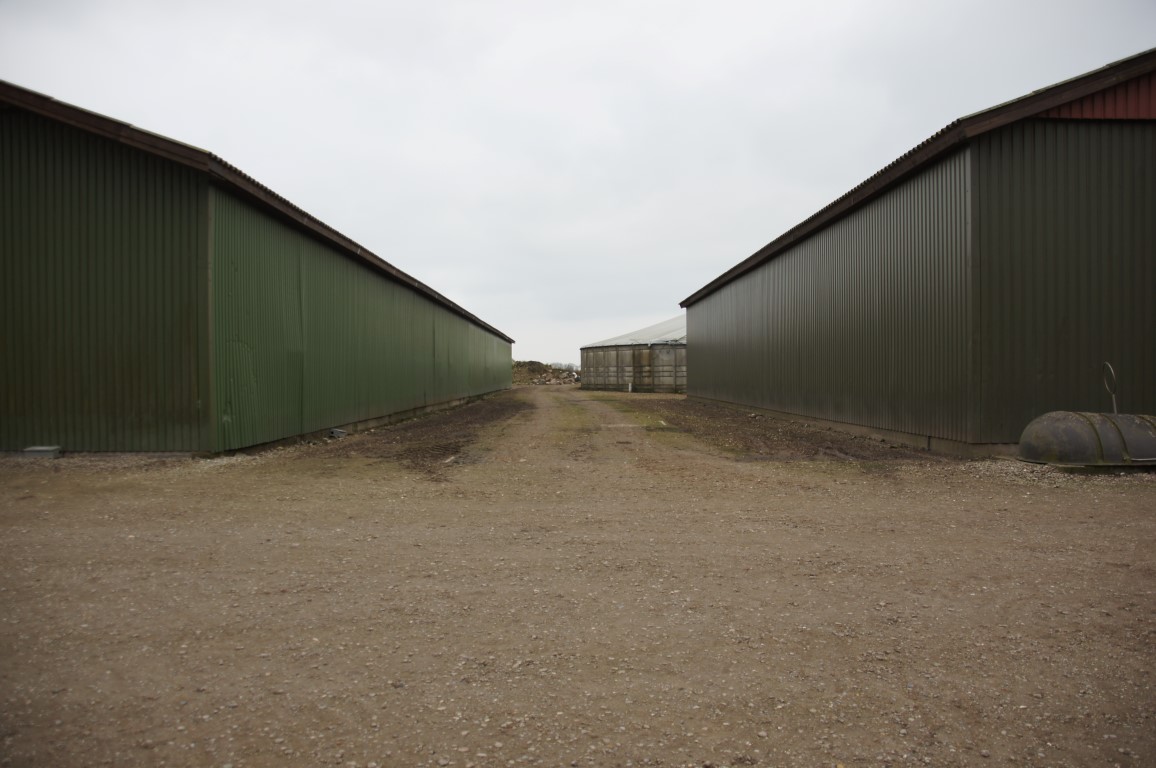 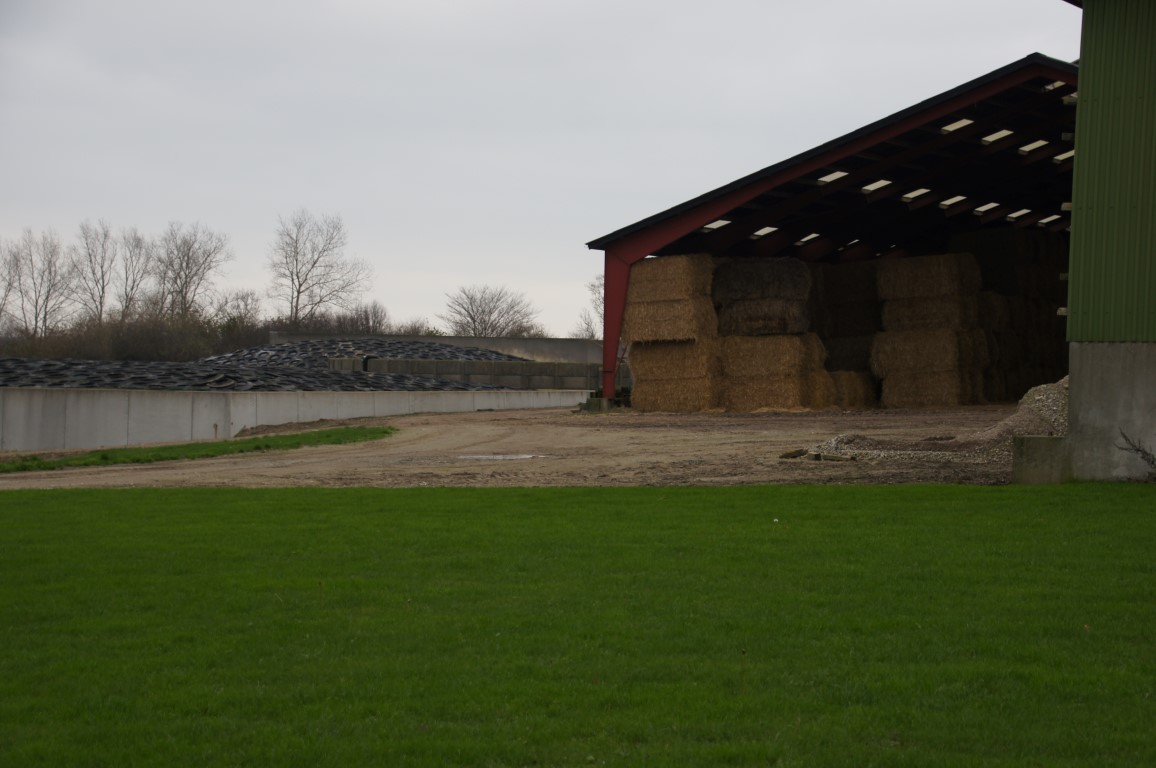 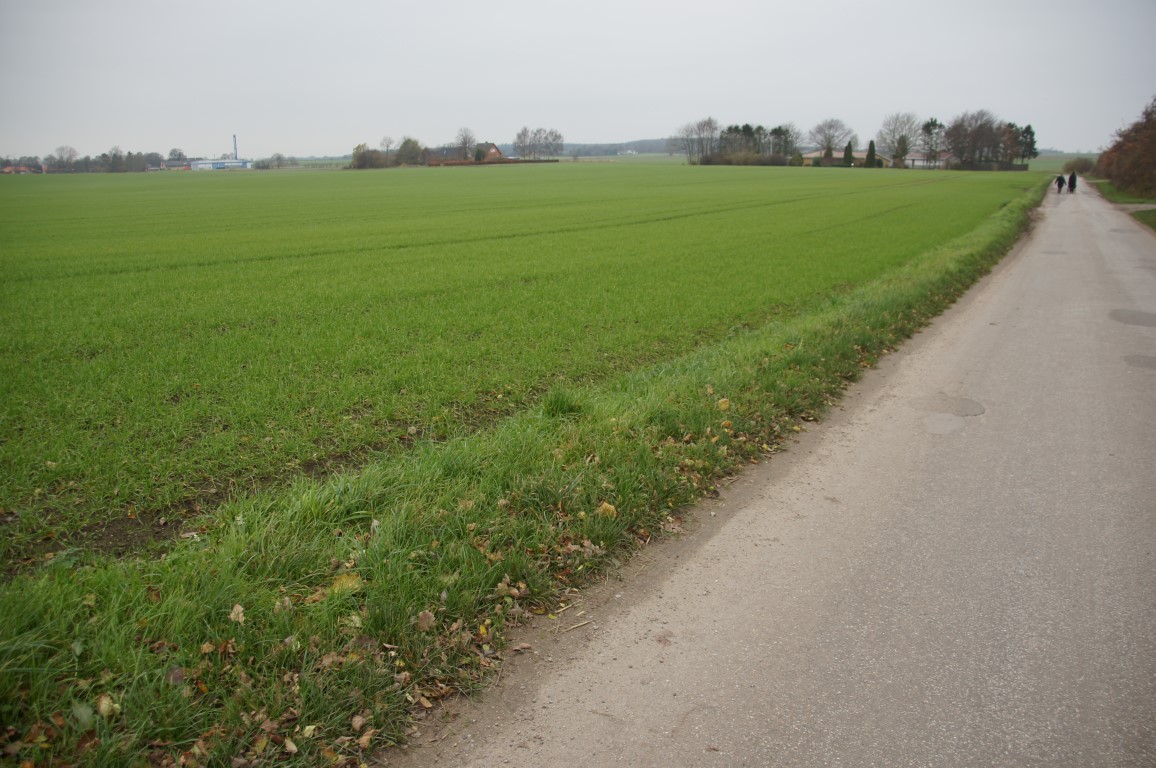 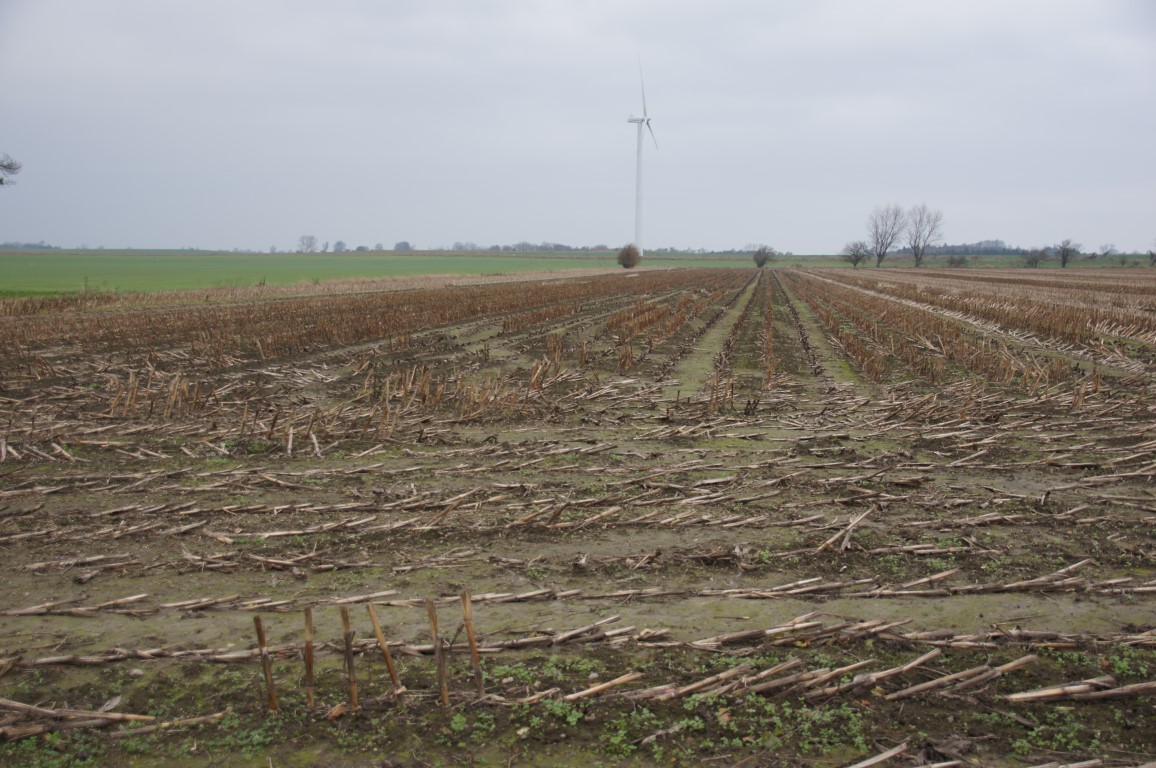 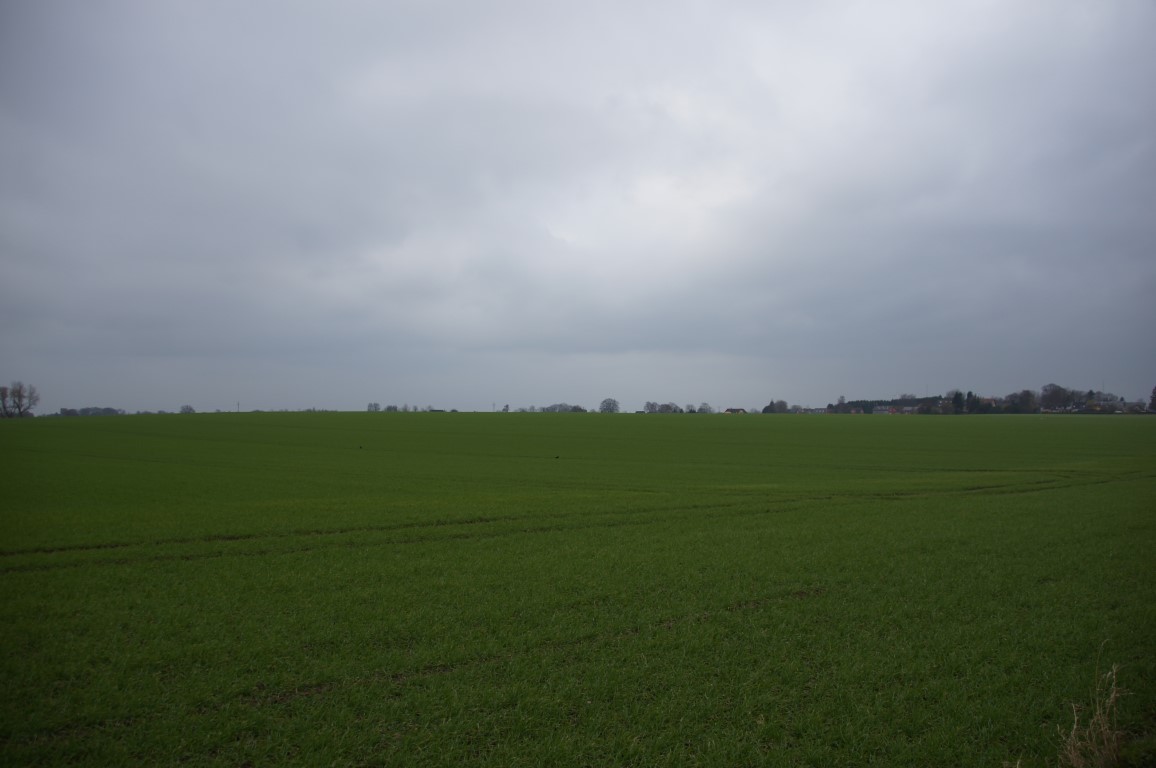 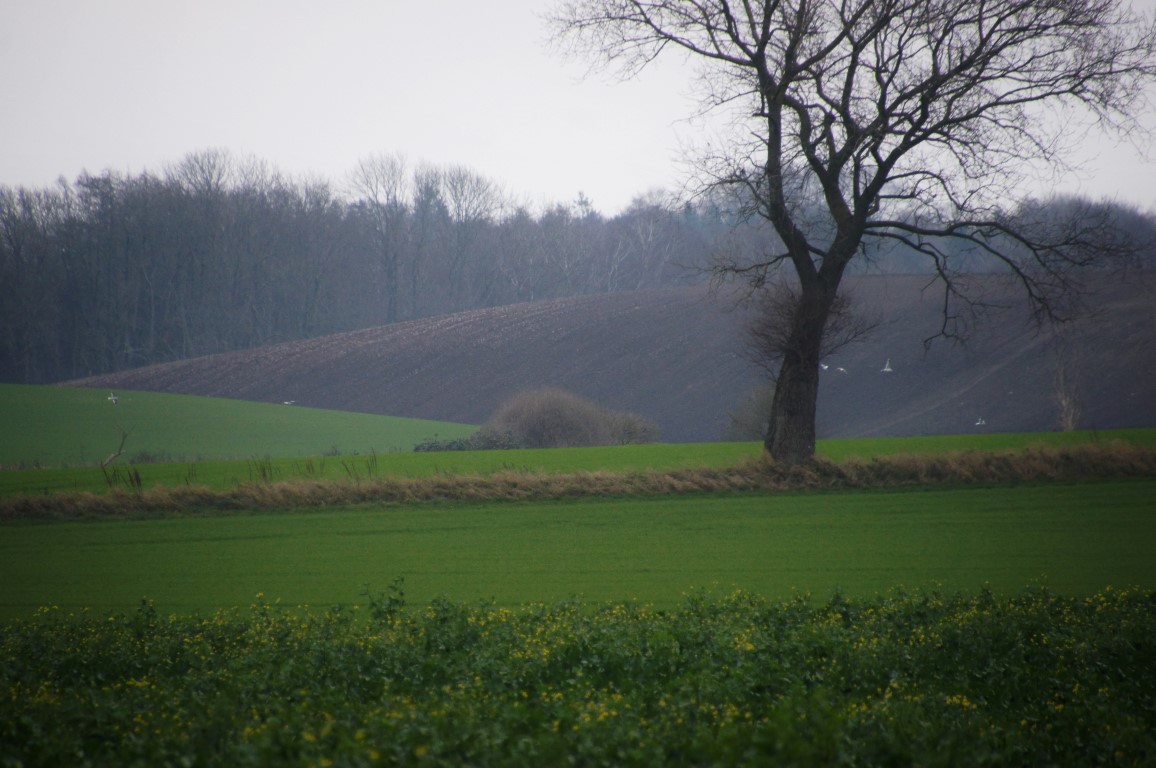 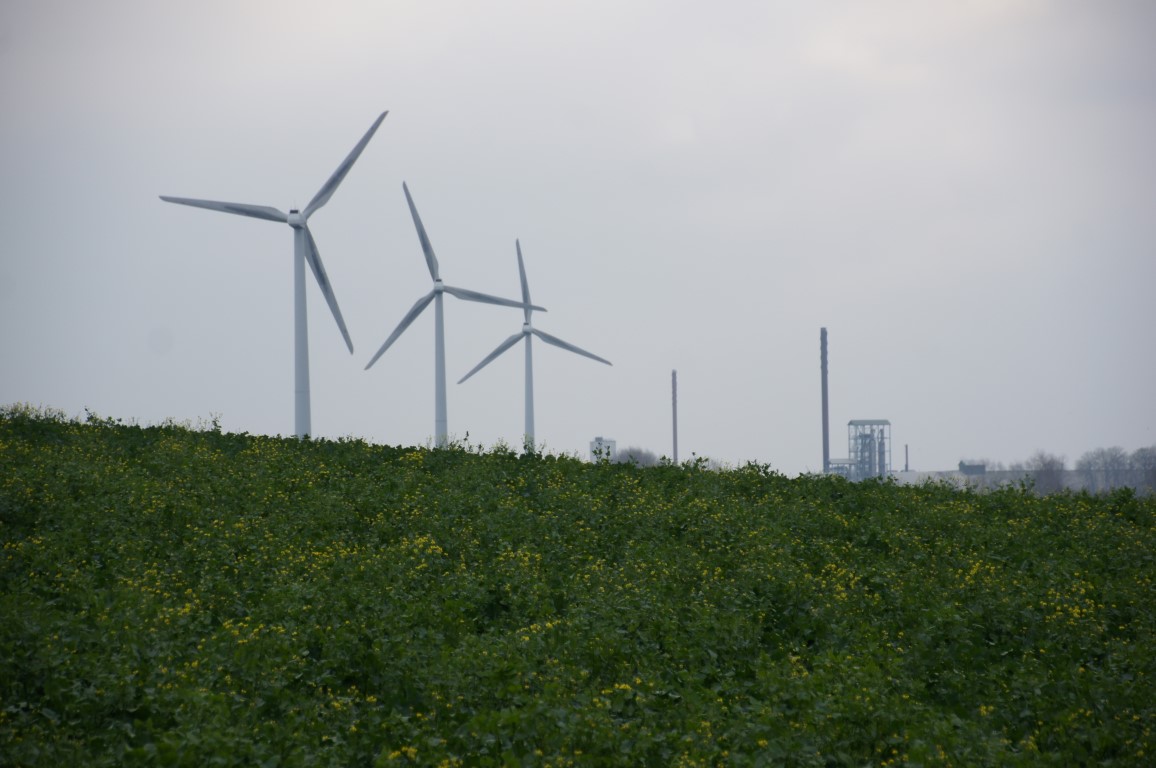 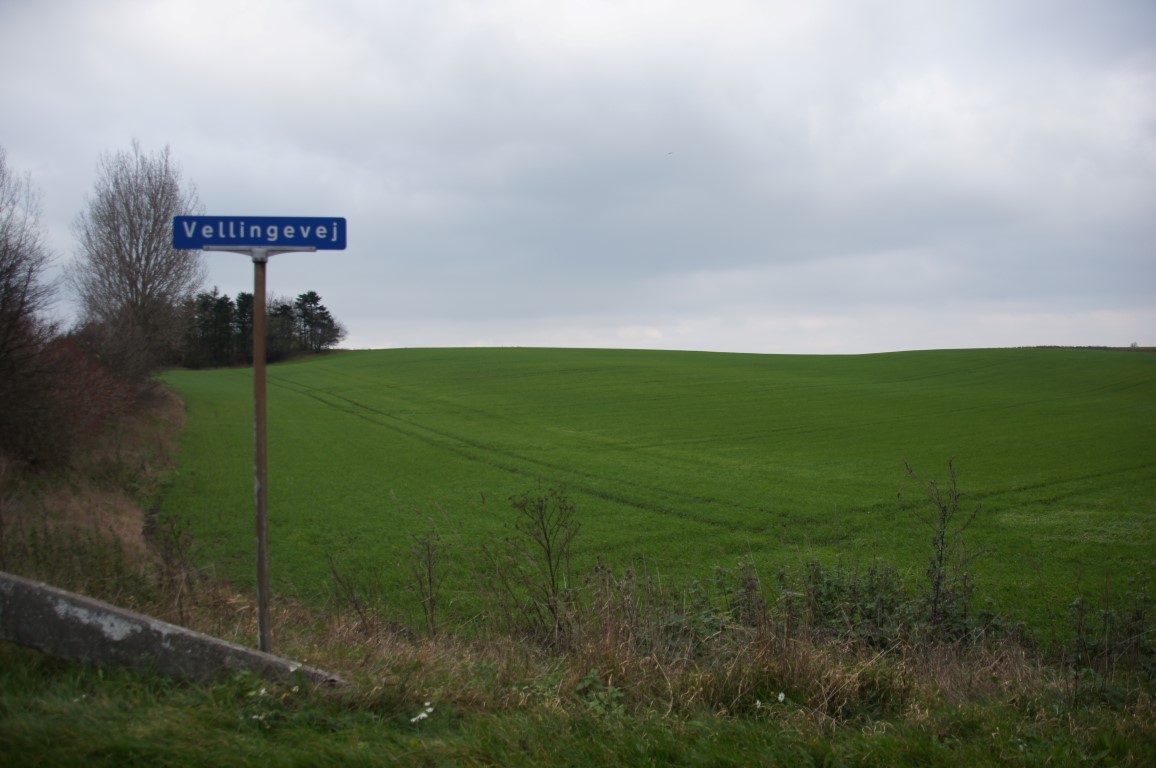 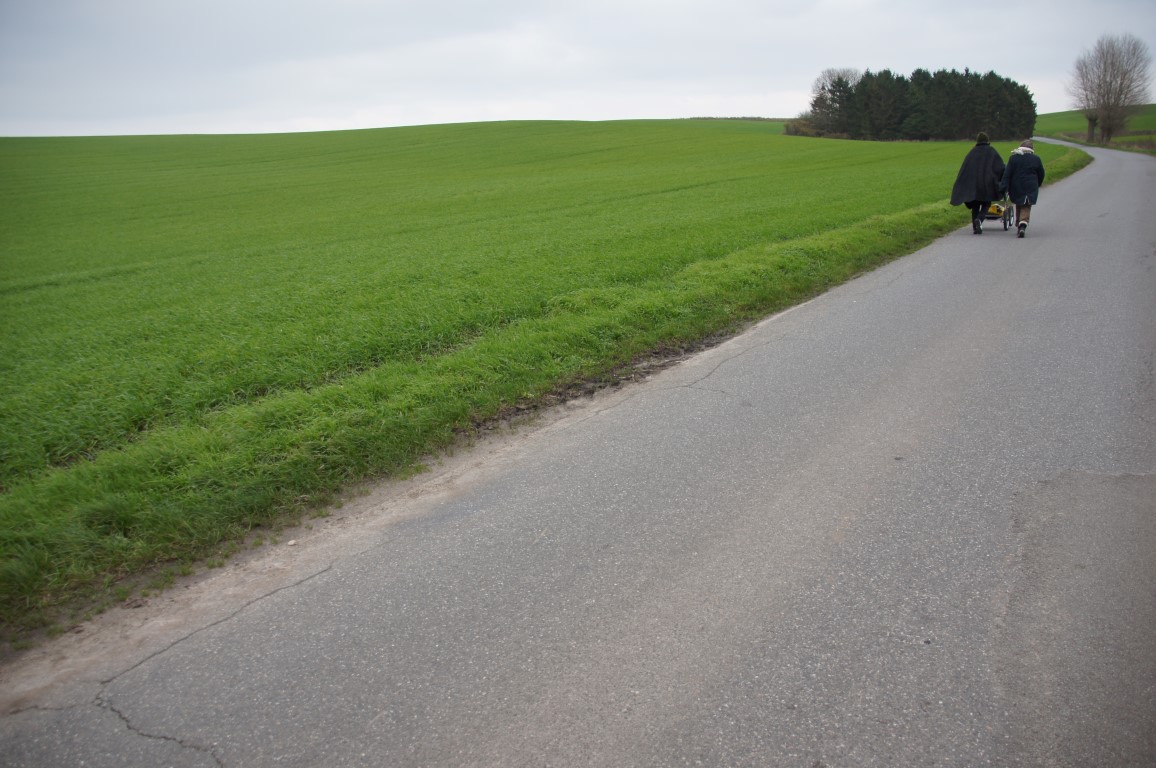 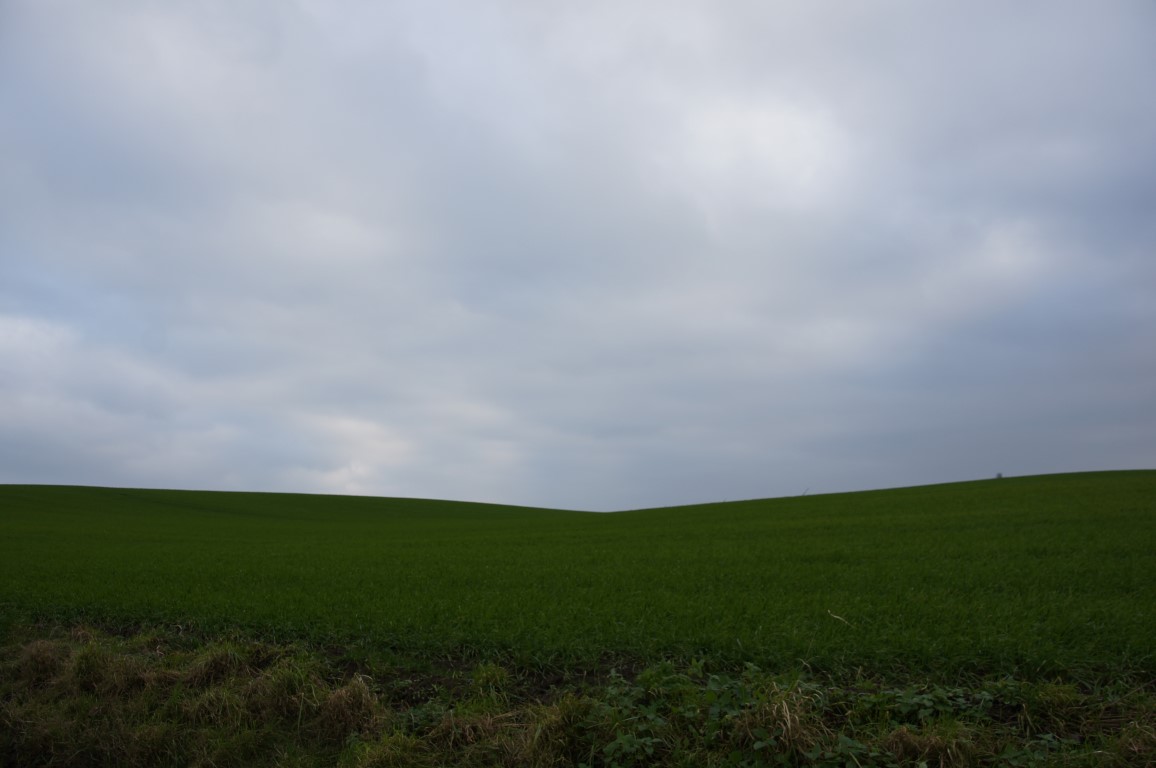 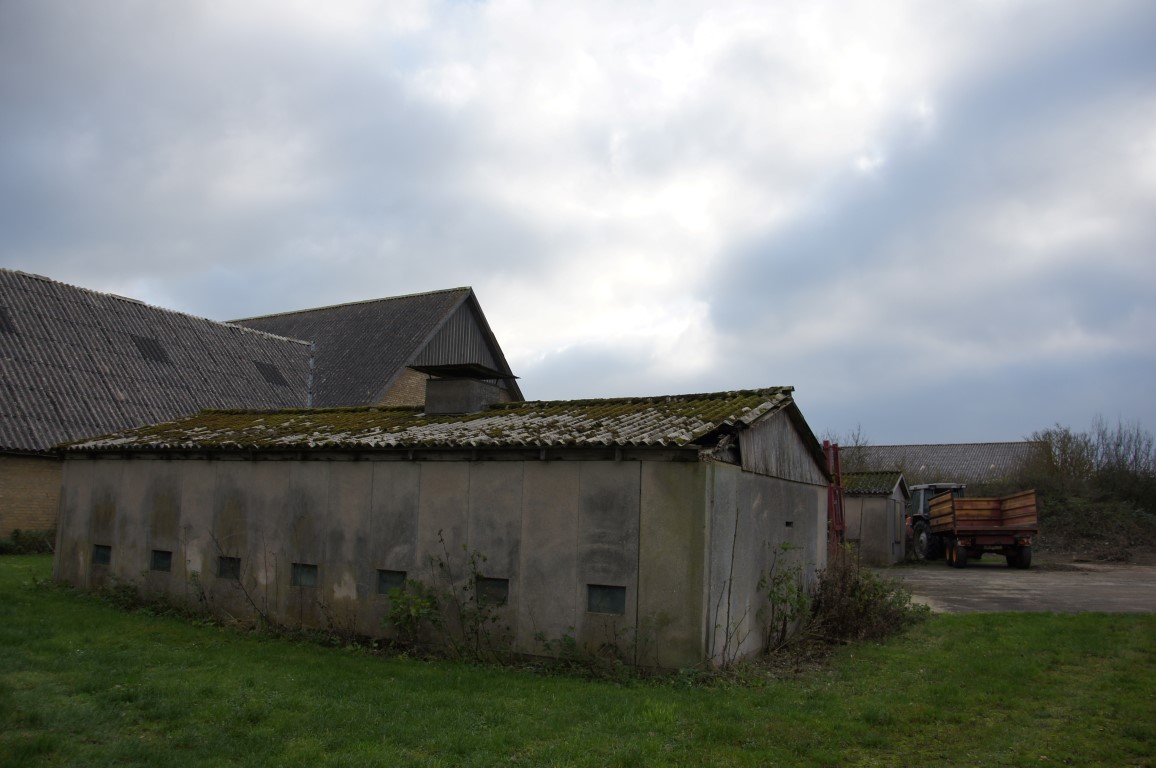 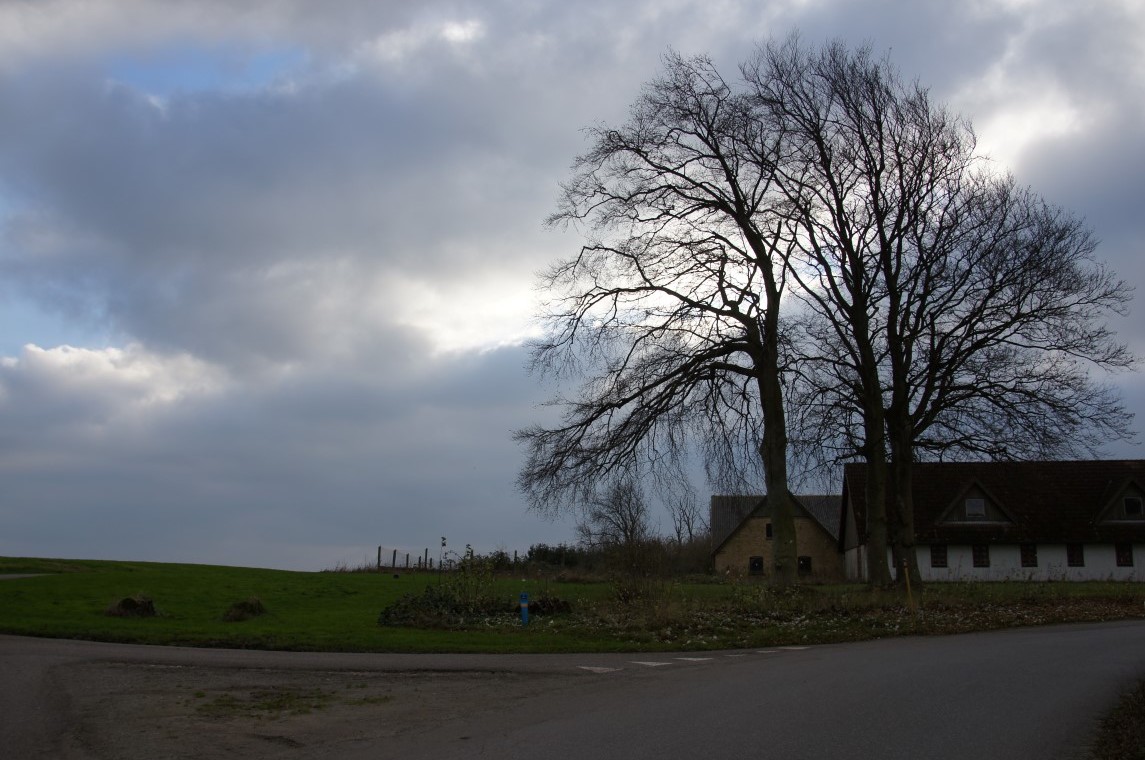 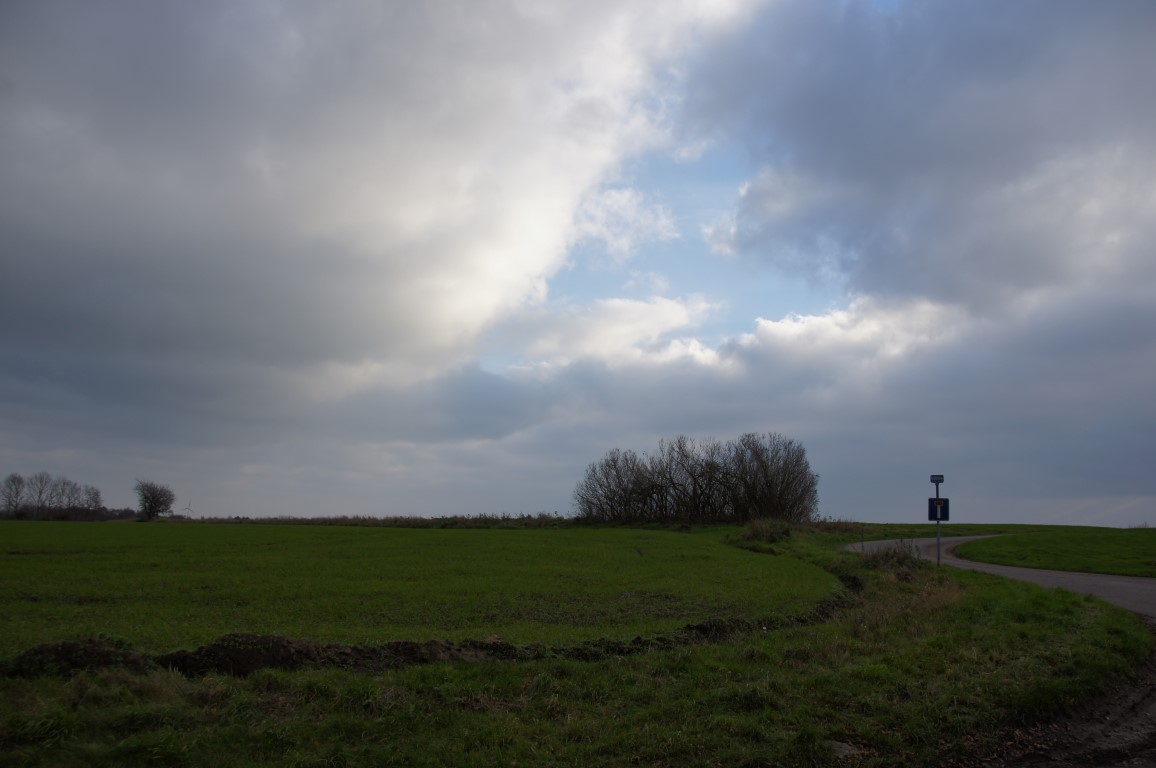 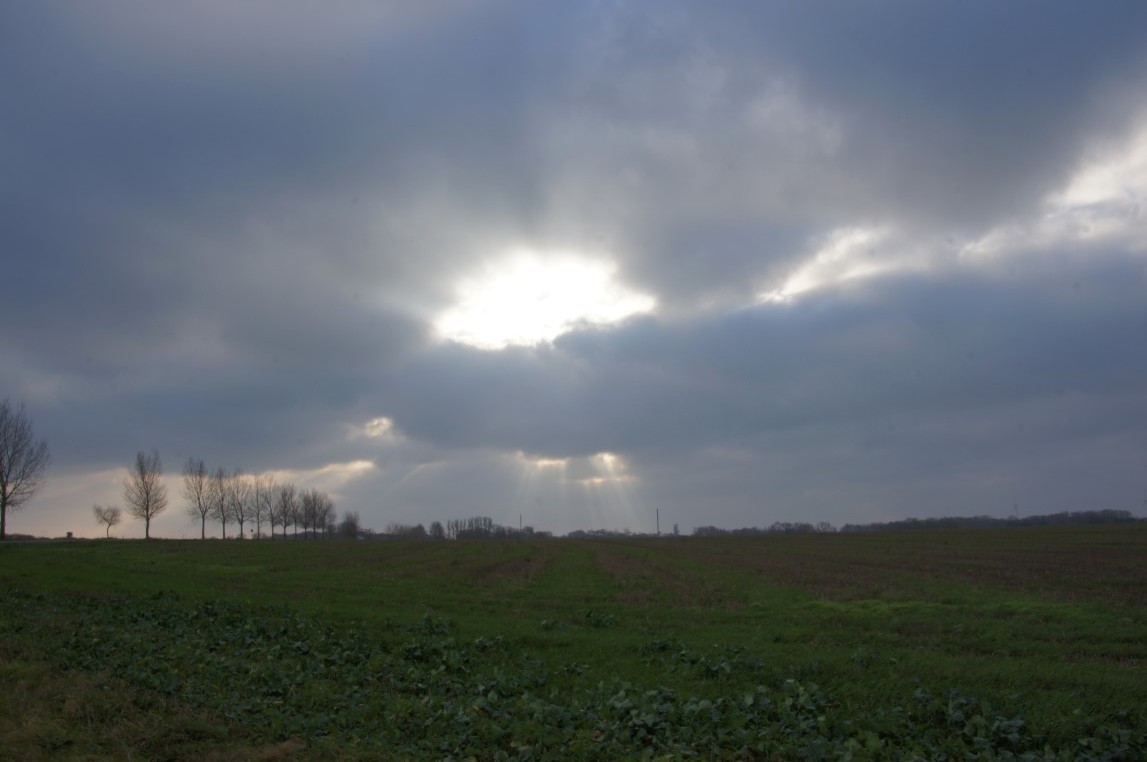 Knud Romer has his pollarded willows. I have my windy poplars. The flat plains, the barren, tough winter landscape and the soft, billowing summer. The giant dome accentuated by the flatness of the landscape. Winter grey and summer blue. It pulls me in, and even though I recognize the beauty of the rolling hills of South Funen or the forests north of Copenhagen, there is no doubt that my landscape is the plains of North Funen.

Above all else, there is the pull of the sea. The sun that warms my body, smell and sound of ocean, voices, squealing and shrieking. Or the angry shout of the winter sea, writhing and rolling over the beach. Wild and intense. I want to dive in. It is so windy that I laugh, not out of joy. I grimace, baring my teeth. A challenge to the elements – bring it on. The landscape is imprinted on me, and I think it happened, when I did not care about it at all. When my parents dragged me along on outings as a child. When I lay at the beach only listening to the chatter of my friends. The sea and the highways whispered to me then, and now, as an adult, the reluctance and the chatter has dissipated, and all that is left is the allure of the landscape.

My sea, my stretch of highway and my windy poplars. I miss the wildness of the landscape. Amager Beach is a playground compared to the untamed beaches of North Funen. And the amazing raw loneliness of the deserted highways are nonexistent around Copenhagen. But even though there are only 200 kilometers, the distance between the country and the city is too great, and I do not miss the small town, only the landscape surrounding it.